Definitions provided in the glossary are referenced throughout the lecture course and are indicated by red bold text.

40 CFR 60 Appendix A is one of the EPA (federal) regulations that sets emission standards for U.S. industries. Section 111 of the Clean Air Act required the EPA to develop standards for controlling air pollution. The regulation title represents:

Baghouses are air pollution control devices that collect dust/particulate matter or gas before the emissions are released. Baghouses are also referred to as baghouse filters, bag filter, or fabric filter. They are found in power plants, steel mills, pharmaceutical producers, chemical producers, and other industrial companies. Properly designed baghouses are very effective in the collection of particulate matter, usually achieving a collection efficiency of 99% or better.

The Clean Air Act (CAA) of 1970 is a comprehensive federal law that defines and regulates the amount of air emissions from stationary and mobile sources. Amendments were made to the law in 1977 and 1990. In the visible emissions industry, the Clean Air Act Compliance Monitoring program enforces the government emissions guidelines.

The original CAA of 1970 established six (6) pollutants for which EPA would rstablish National Ambient Air Quality Standards (NAAQS). Method 9 and other methods were not defined yet; industry had flexibility to meet the requirements. The pollutants were:

The presence and regulation of these pollutants has evolved since 1970. Lead was eliminated by switching to unleaded gasoline. Additionally, particulate matter size standards were decreased because the capability to control emissions has increased. Emissions greater than 2.5 microns have essentially been eliminated, while those below 2.5 microns are limited.

Particulate matter is the cause of most visible emissions.

Birmingham, AL in the 1960s before the Clean Air Act 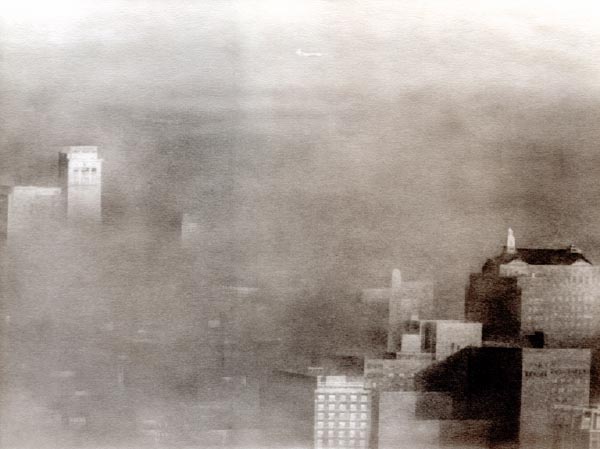 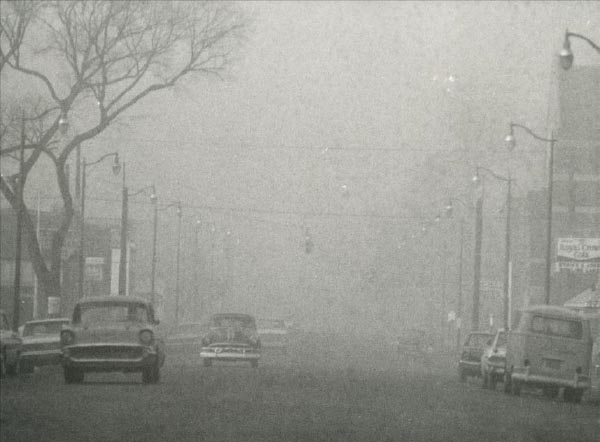 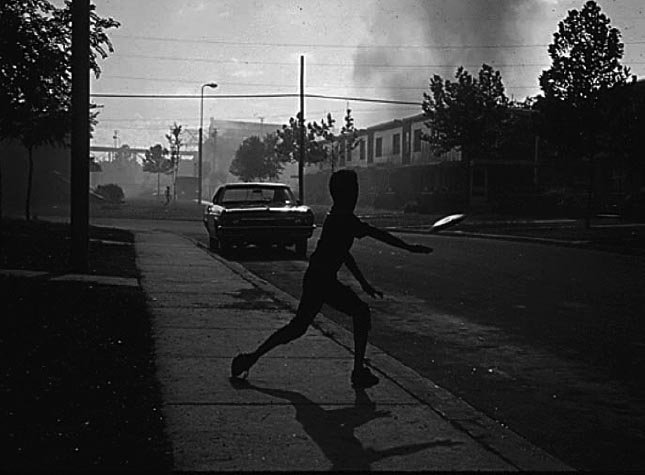 The EPA is an independent executive agency of the United States federal government tasked with environmental protection matters.

Objects that can emit light energy by themselves are known as luminous objects. Luminous objects are visible as they emit light on their own. Luminosity is an absolute measure of radiated electromagnetic power (light), the radiant power emitted by a light-emitting object.

Method 9 requires that readers are qualified (certified) by attending live smoke schools and successfully completing the qualification testing. The student is certified in accordance with Method 9; certification requires the student to statistically meet the accuracy and reliability requirements specified in Method 9.

Method 9 refers to 40 CFR 60, Appendix A, the EPA regulation that sets emission standards for U.S. industries.

Method 22 is defined by the EPA as a simple procedure that uses the human eye to determine the total time an industrial activity causes visible emissions. Method 22 is used to detect fugitive emissions which are usually caused by equipment failures but can also be operations such as grinding or driving vehicles on dirt roads.

Method 22 does not requires qualified readers, but Method 22 readers should understand the concepts and principles behind Method 9.

New Source Performance Standards are EPA standards for pollution control. The original Clean Air Act focused on new facility construction, and NSPS was developed for new operations or modifications within an existing facility. NSPS standards include the replacement of air pollution control devices and when an operation is modified by an aggregate of more than 50% of the original capital dollars spent to improve or extend the operational life of the facility.

NSPS originated as part of the 1970 Clean Air Act Extension amendments. The NSPS defines the level of pollution that stationary sources can emit.

A Notice of Violation (NOV) is issued by a local, state or federal authority and alerts the facility that their facility is not in compliance with a required condition. It informs the organization that it has violated a regulation, federal, state or Local law, or a permit condition. A NOV is the first step in an enforcement action and may be settled in the initial review or taken to civil court to resolve the violation. NOVs may result in civil monetary penalties, court-ordered actions, agreements to implement corrective actions (i.e., training), and criminal charges against individual parties. 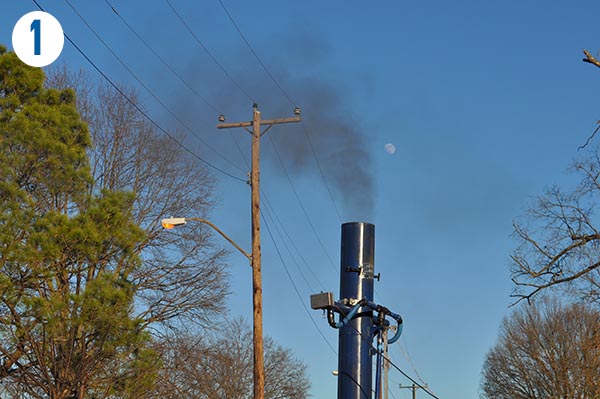 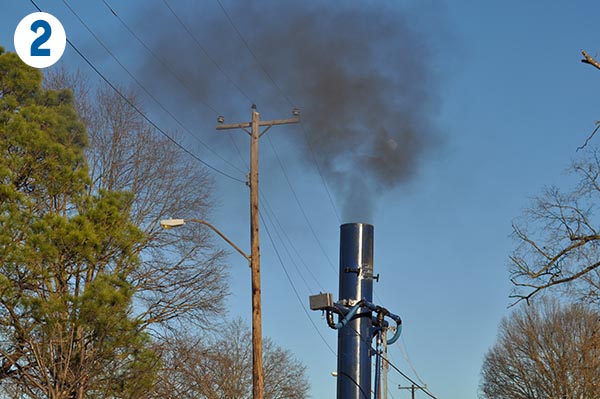 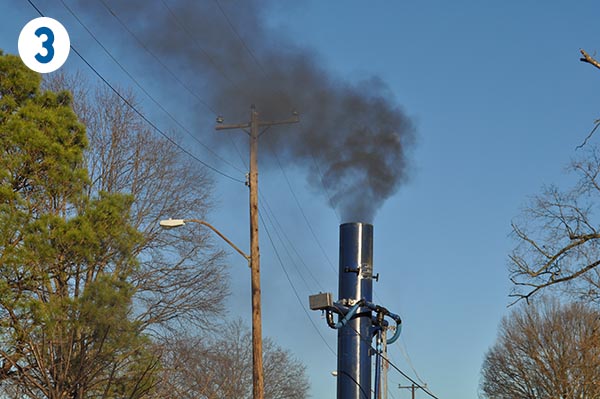 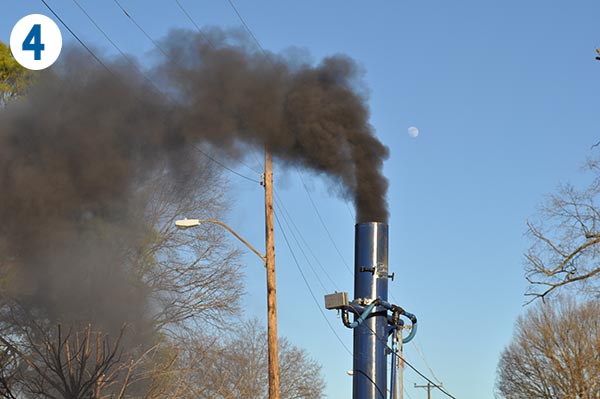 Path length is the line of sight path length through the plume that is being observed.

Method 9 states: The observer shall, as much as possible, make their observations from a position such that their line of sight is approximately perpendicular to the direction of plume travel. And when observing opacity of emissions from rectangular outlets (e.g. roof monitors, open baghouses, non-circular stacks, storage piles, fugitive sources that are not round), approximately perpendicular to the longer axis of the outlet (think across the street not down the road).

Promulgation is defined as being made public, announced, published, formalized, etc. The EPA promulgated Method 9 in 1974.

Promulgation of federal, state, and local regulations follow specific procedures and include a period for public comments which are addressed in the final rule.

The quick check method is used to observe facility emission sources to detect if a visible emission is present. CAA, Inc. defines Quick Checks as observations made when an air quality permit requires daily observations to determine if there are any visible emissions, but no method has been specified.

Quick Checks are a momentary glance at the stack to determine the presence of lack of visible emissions. If an emission is detected, then official Method observations must be completed. 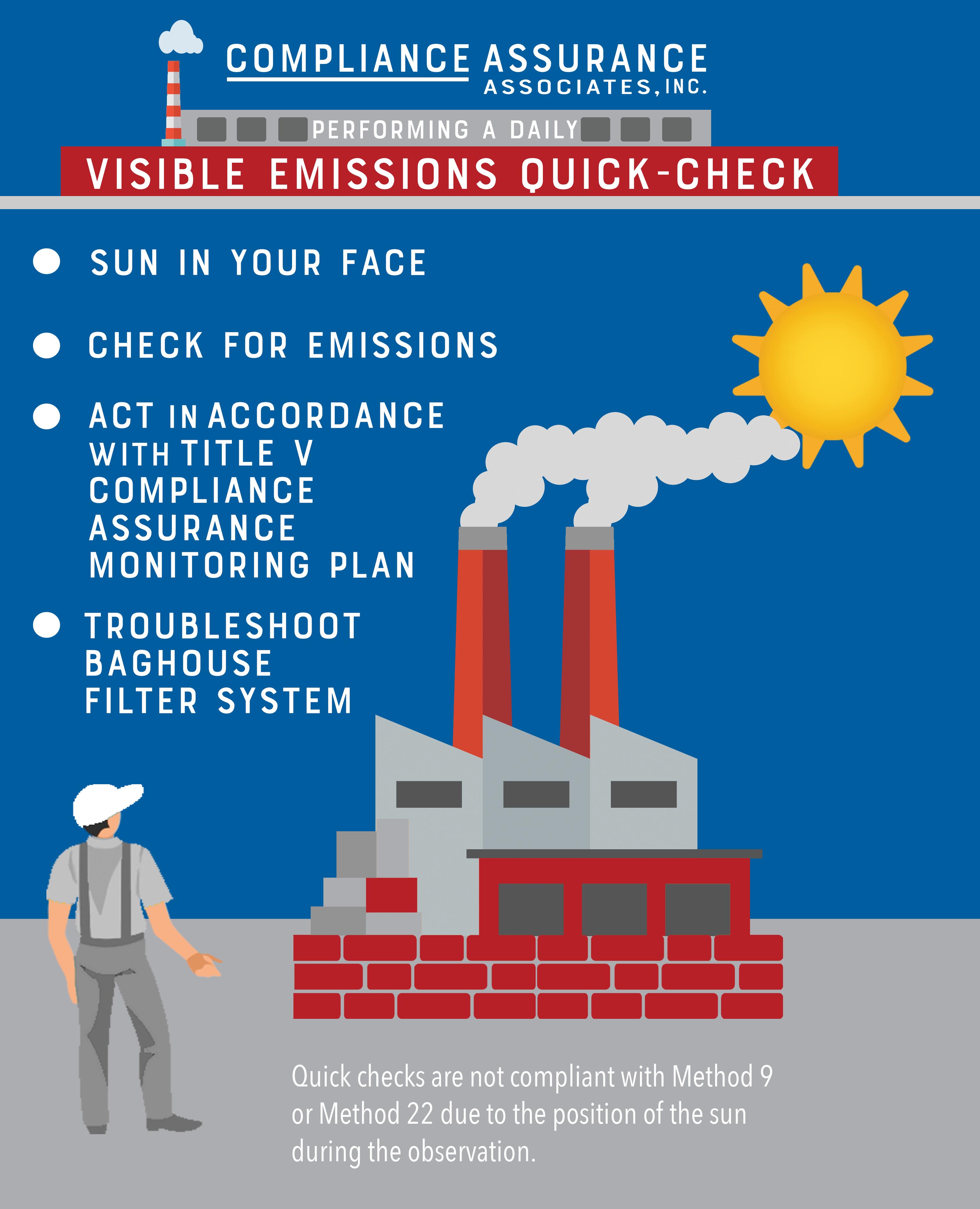 Lecture instruction provides the building blocks of VEO - the principles behind reading opacity, the hows and whys.

Field qualification testing teaches students to read the opacity of smoke and ascertains that the observer is certified in accordance with the requirements of EPA Method 9. Field training certifies that the student is statistically accurate and reliable enough to make observations as defined by Method 9.

State Implementation Plans (SIP) are air pollution regulations and documents that are used by states, territories, or local air districts.

The EPA (federal) defines the National Ambient Air Quality Standards (NAAQS); the standards are adopted by states and territories of the U.S. as a part of their SIP. Local jurisdictions add additional requirements if needed to meet the local air quality guidelines. SIPs must be approved by the federal EPA.

Title V resources are managed in the U.S. through the EPA's 10 regional offices.

Additionally, Method 9 can be used for fugitive emissions, and Methods 203A, 203B, 203B, and specific methods, including Tennessee Method 1, are used in special cases or where local regulations apply. 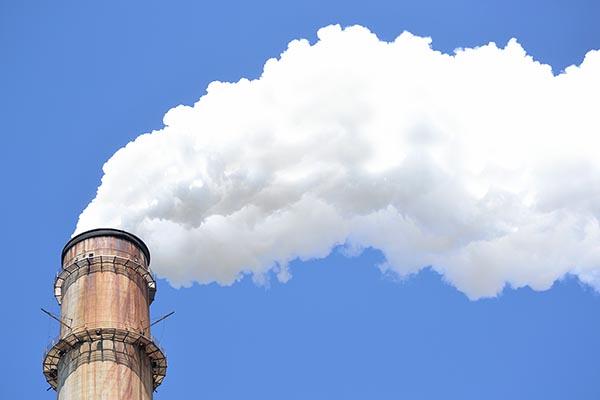 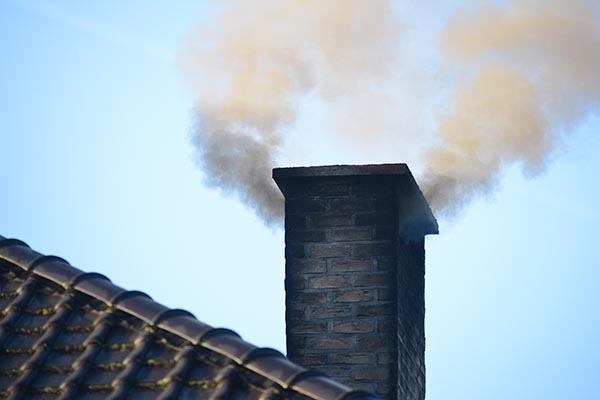 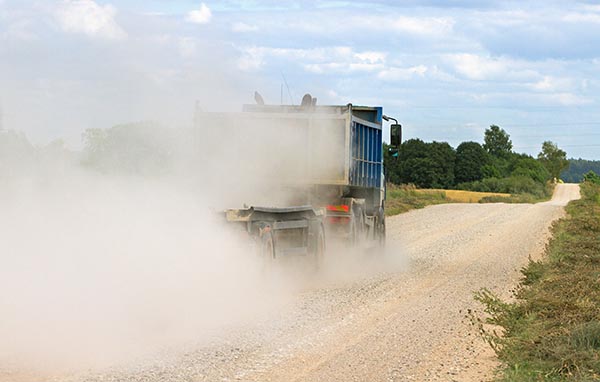