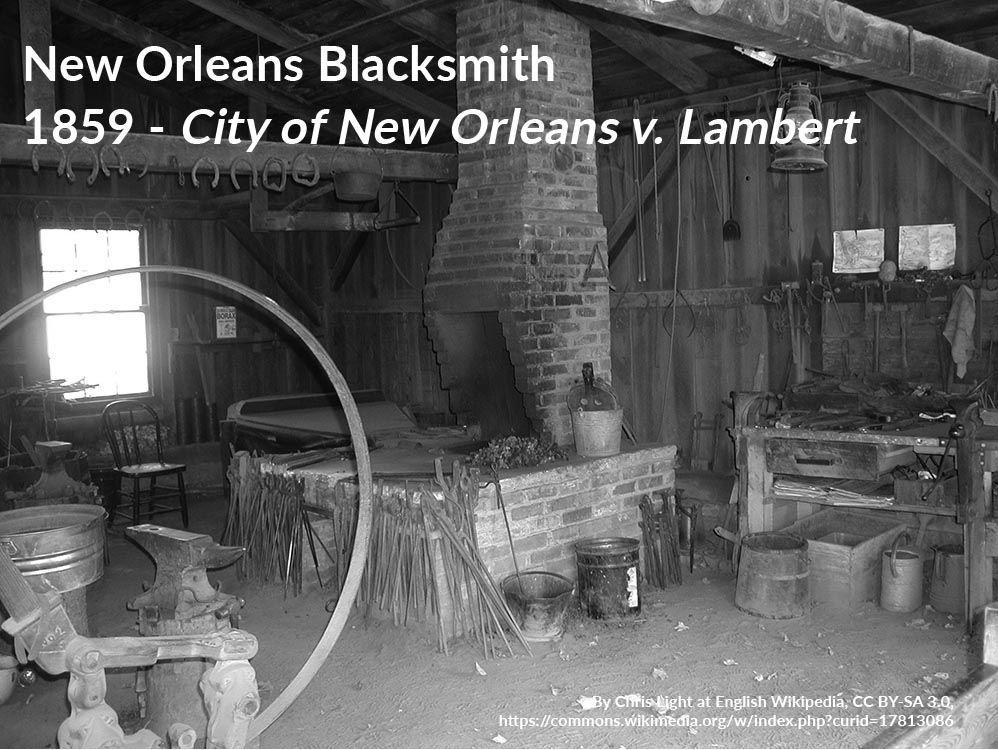 Early History of Visible Emissions Regulation in the United States

In early industrial history, visible emissions were considered a public nuisance and dealt with at a local level.

The first visible emission law originated in New Orleans in 1859. A blacksmith’s forge in the heart of the city started fires every morning that resulted in quite a bit of smoke and odor (a significant public nuisance). When mixed with a heavy fog, which is common in New Orleans, the result was soot rain in the area.

A court case (City of New Orleans v. Lambert) resulted in an ordinance declaring the operation a public nuisance and passed an ordinance prohibiting an excessive amount of black smoke between 7:00 AM - 9:00 AM. However, the ordinance did not designate how much smoke was "excessive"; there were no criterion defined. Similar laws were passed in Cincinnati and Chicago in the 1880’s. These laws were the beginning of the regulation of visible emissions in the United States.

In the 1870’s, Maximilien Ringelmann, a professor of agricultural engineering at the University of Paris, was working on tuning coal-fired boilers to optimize combustion. He created the Ringlemann Scale by developing a series of cards with black grids on white cards such that the ink covered a a specific percentage of each card. Each card was given a Ringelmann number. The Ringelmann scale defines opacity in four levels that correlate to Ringelmann grid cards: 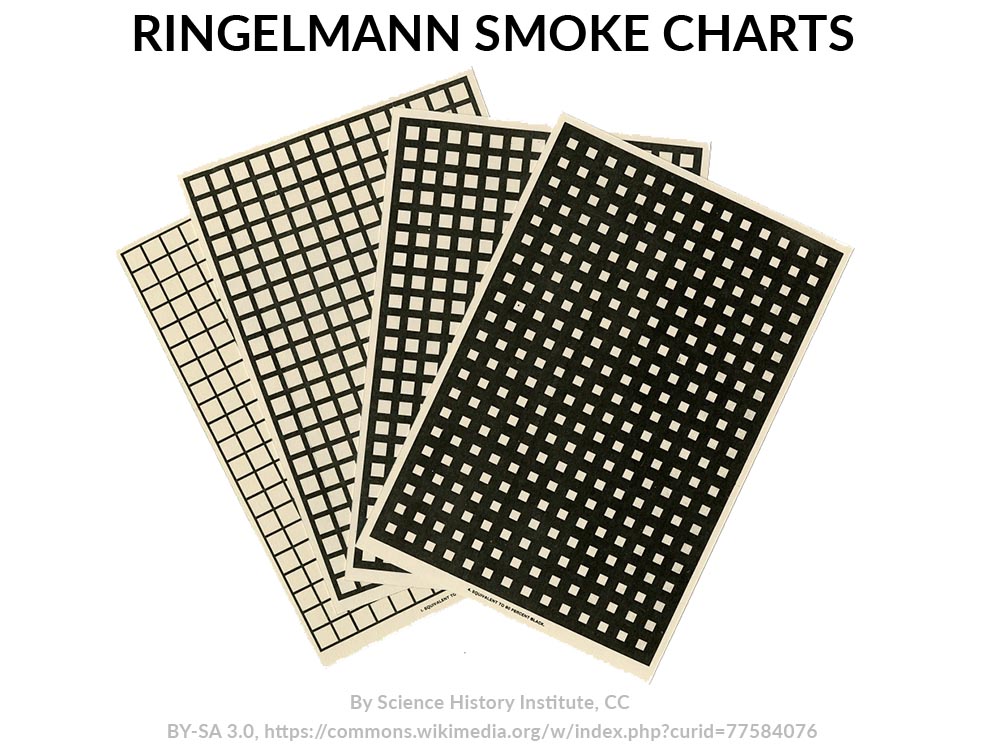 Before the Ringelmann Scale was used, there was no method to measure the opacity of smoke plumes, i.e., level of the nuisance to the public. It was difficult to enforce laws that used "excessive" as a standard. When the Ringelmann Scale was introduced in the U.S. in 1897, the demand, need, and political will facilitated a rapid adoption of the method of measurement. By 1912 more than 80% of cities with a population greater than 200,000 had a specific Ringelmann number standard to control local emission levels.

During this time, the federal government published a booklet "How To Tune Your Coal-Fired Burner" which included a Ringelmann chart. The booklet encouraged industrial organizations using coal to evaluate operations and helped them comply with local ordinances. The use of the Ringelmann Scale resulted in coreducing coal use, thereby improving economic results, and also created positive environmental results.

The Ringelmann system's limitation is that it applies to only black smoke; it is a percent-based blackness scale. Attempts were made to create colored charts to for other emission colors, but exact shades of emissions could seldom be matched.

The U.S. Bureau of Mines was formed in 1910. It adopted and promoted the Ringelmann Scale.

In the early 1900s, many cities adopted the Ringelmann method to control emissions. By 1912, 80% of cities with populations greater than 200,000 had health and safety regulations on the books referring to the Ringelmann Scale.

The city of Rochester, NY upholds the Ringelmann system and creates smoke ordinances.

The Northwestern Laundry v. Des Moines case in 1916 was an important case because it upheld the right of the city to declare dense smoke a public nuisance.