What is EPA Method 9? 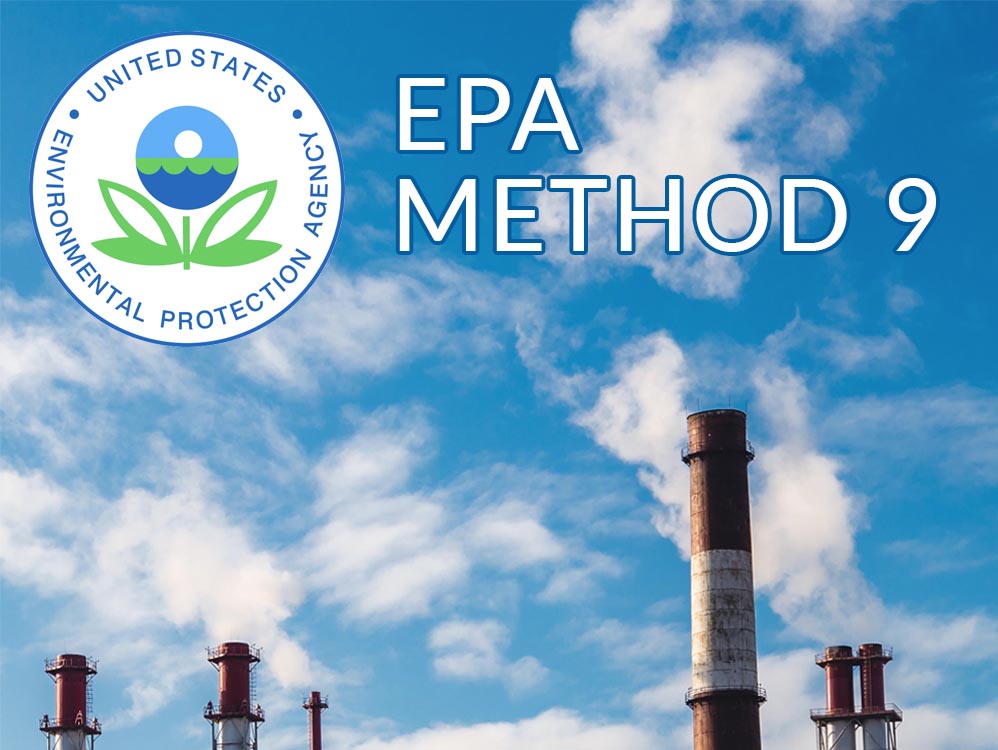 Method 9 Quantifies the Level of Opacity

Method 9 (the Method) is defined as the visual determination of the opacity of emissions from stationary sources. Method 9 is a statistically-based methodology for quantifying the level of emissions. The measurement is stated in a percentage of opacity, i.e., a percentage of how much the background is blocked by the emission.

If Method 9 is required in a Title V permit, the person who conducts the visible emission observations (VEO) is often referred to as the observer. The observer must be trained and currently certified in accordance with the Method, i.e., attending a hands-on smoke school and passing qualification testing periodically.

Because the Method is a subjective tool, two observers may report different opacity values on the same plume at the same time. If the observers both have valid certification, either observation is valid, even in a deposition or in court.

The frequency of Method 9 readings is governed by air permit/compliance plan for the facility.

How are Method 9 Observations Performed?

A single Method 9 reading requires a total of 24 visible emissions observations taken at 15-second intervals, for a total of six (6) minutes. Those observations are averaged to calculate the opacity value.

Permits may require more than 24 observations – they may specify 12, 18, and 30 minutes, yielding a greater number of observations and requiring custom VEO forms. VEO forms must contain required Method 9 fields, but can be customized to fit a facility's requirements.

Opacity values are expressed as a percent and are calculated using a running average.

Is Method 9 the Best Way to Estimate Opacity?

All subjective methods have an associated error and Method 9 is no exception. The efficacy of the Method has been proven in field tests. The results of an EPA study that involved 769 sets of 25 observations for each type of smoke (black and white) yielded:

What About Using Continuous Opacity Monitors?

Continuous opacity monitors (COMs) are available to track opacity measurements on stacks. So why don't we just use them? This is a complex subject and the following is a broad brushstroke of the issues related to COMs:

COMs are widely used, but are prone to drift offsets and downtime. Their reliability results in many facilities owning a backup COM to cover mechanical failures. COMs can be more accurate, but a visible emissions reader is considered more reliable in case law. Additionally, COMs operate on stacks only, therefore operations such as rock crushing, storage piles of material, handling areas, and transfer points require manual methods.

How Accurate Do My Observations Need to Be?

Method 9 allows for a percentage of error. At the time the Method was promulgated, acceptable error levels were determined by field trials (see the toggle field, above). The determination of a pass/fail on a field test run is determined using percentages of error and standard deviations.

At the end of the the 50 test point observations (25 white, 25 black), the scores are added together. If you are at 37 deviations or below, you pass.

If you are 38 or above, OR have failed one test point observation, you do not pass.

Note: You can certify if have two contiguous passed runs. For example, runs consist of 25 white followed by 25 black - you can pass if you fail white on Run #1, pass black on Run #1, then pass white on Run #2. This examples equates to 50 contiguous observations and if your deviations are within the passing parameters, you certify for Method 9.

« Observation Methods The Importance of Compliance »