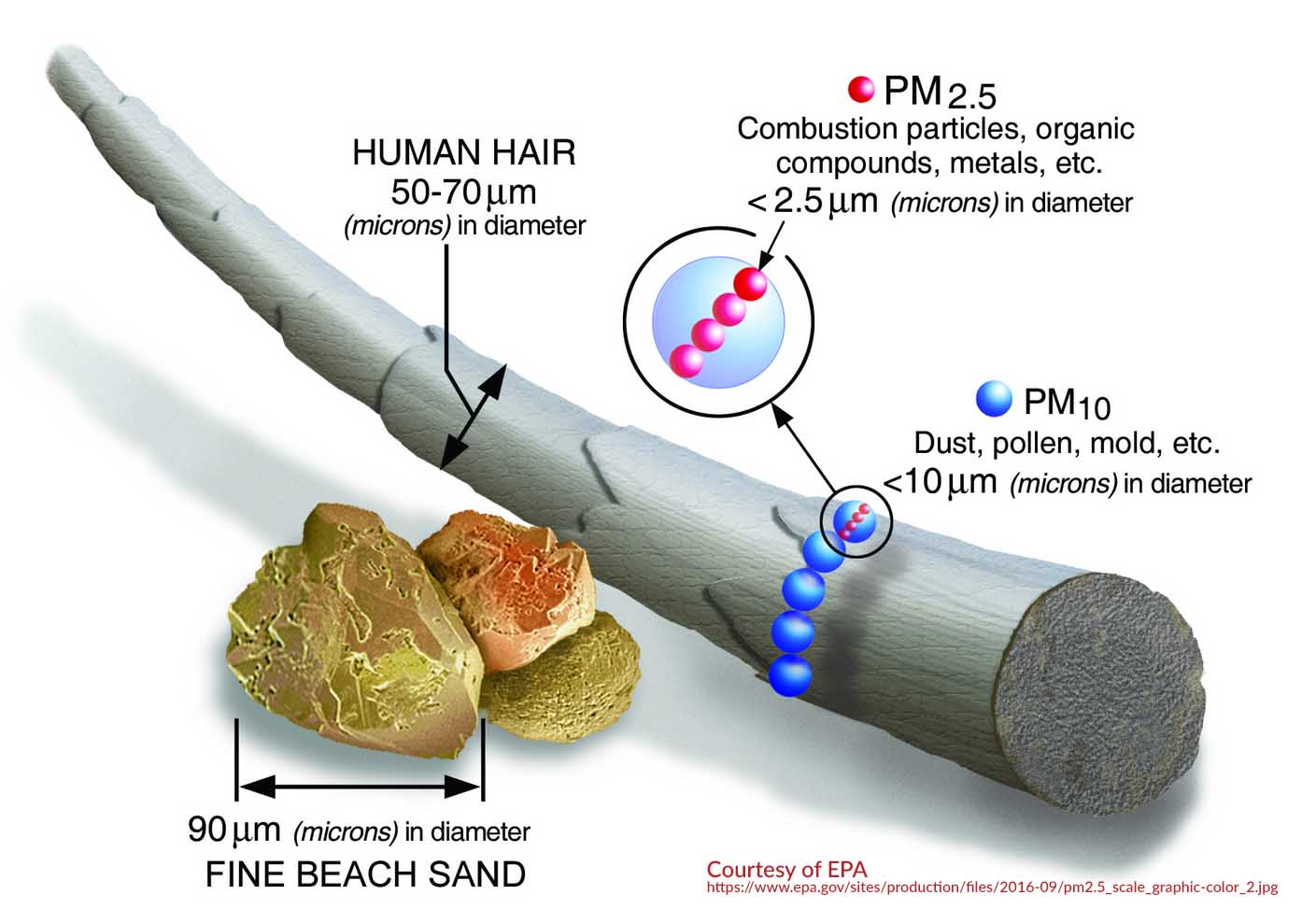 Particulate matter (PM), also known as particle pollution, is defined as a mixture of solid particles and liquid droplets found in the air. Examples of particulate matter include dust, dirt, soot, and fumes.

Particles in emissions range from .1 micron (also known as micrometer) to 200 microns. Microns are also called micrometers, which are one-millionth of a meter and are designated with the µ symbol. For comparison, the width of a human hair is about 50-70 µs in diameter. The EPA air pollution controls regulate particles up to 10 microns.

Particle size is significant because particles with diameters approximately equal to the wavelength of visible light (0.4 to 0.7 microns) have the greatest scattering effect and cause the highest opacity readings. Small particles are of special concern due to the fact that they can be taken in by breathing (i.e., they are respirable).

Particles are notated using a subscript that reflects the particle's maximum size:

A major goal of air pollution standards is to minimize the amount of particulates in the air. When there are more particulates in an emission, the emission has more density and a higher opacity reading.

« The Importance of Compliance Opacity Principles: Properties of Light »