Where to Read a Smoke Plume for Method 9 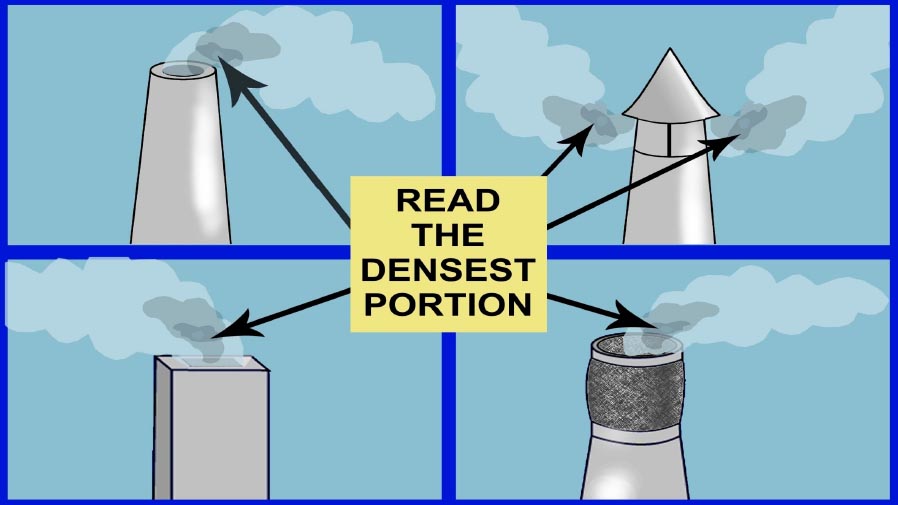 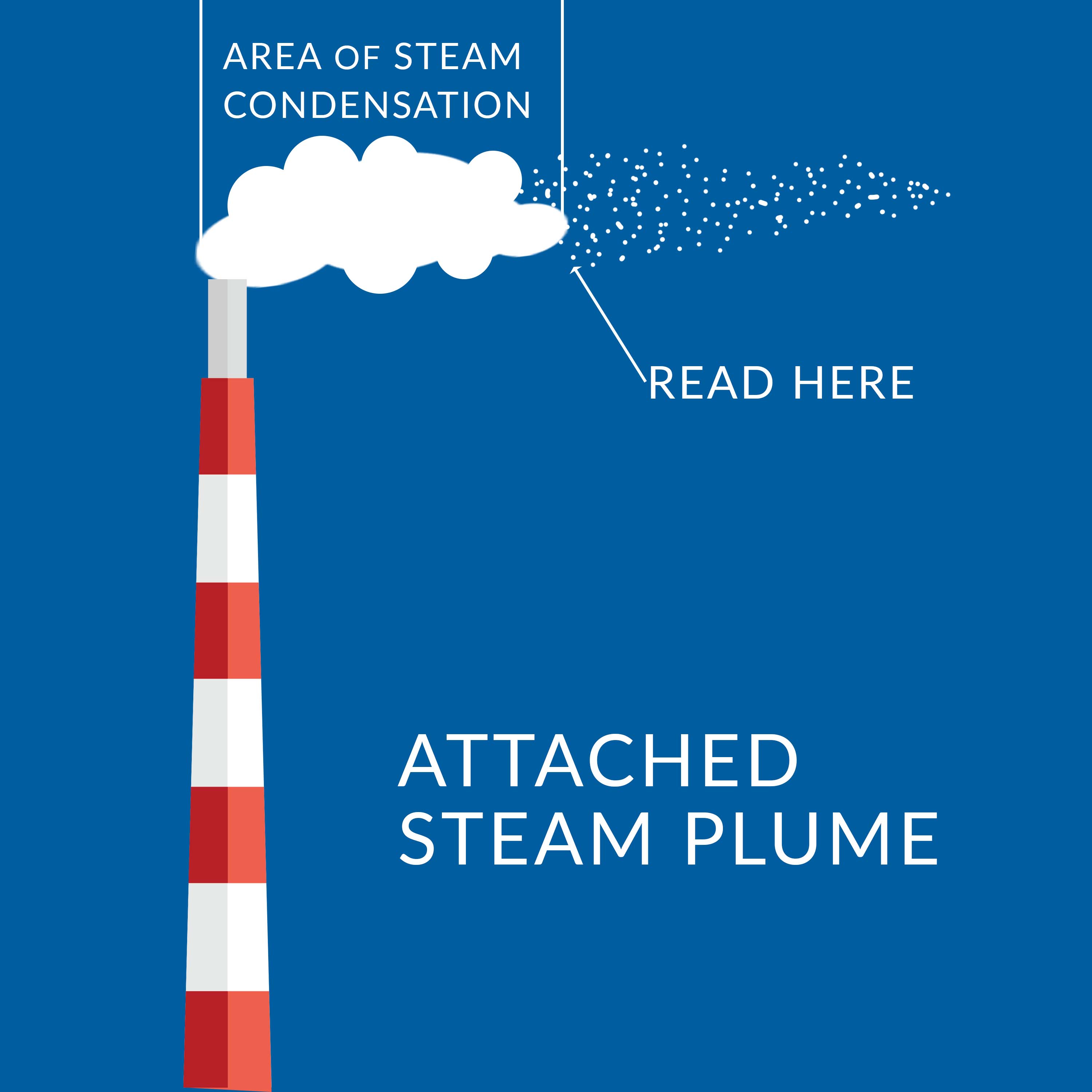 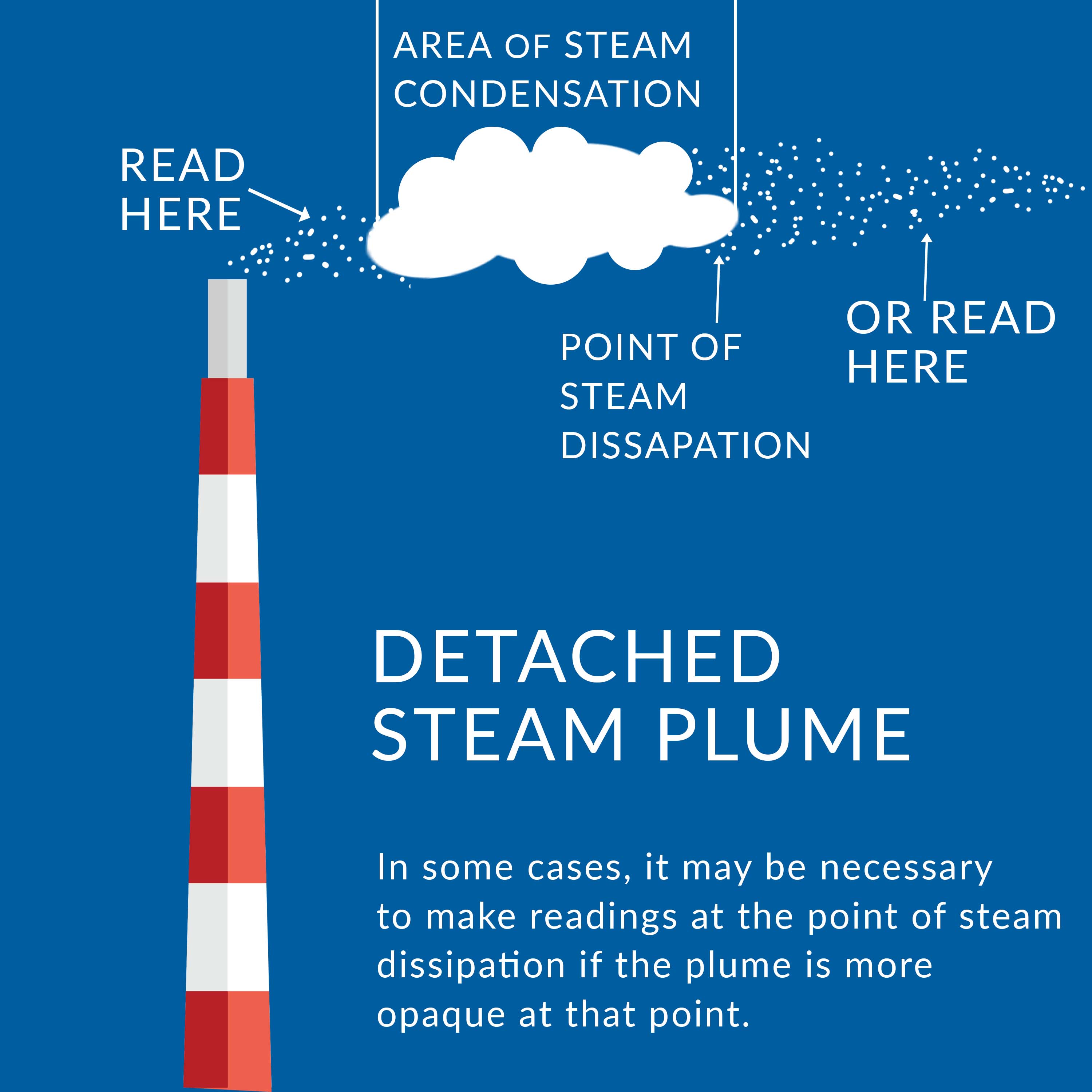 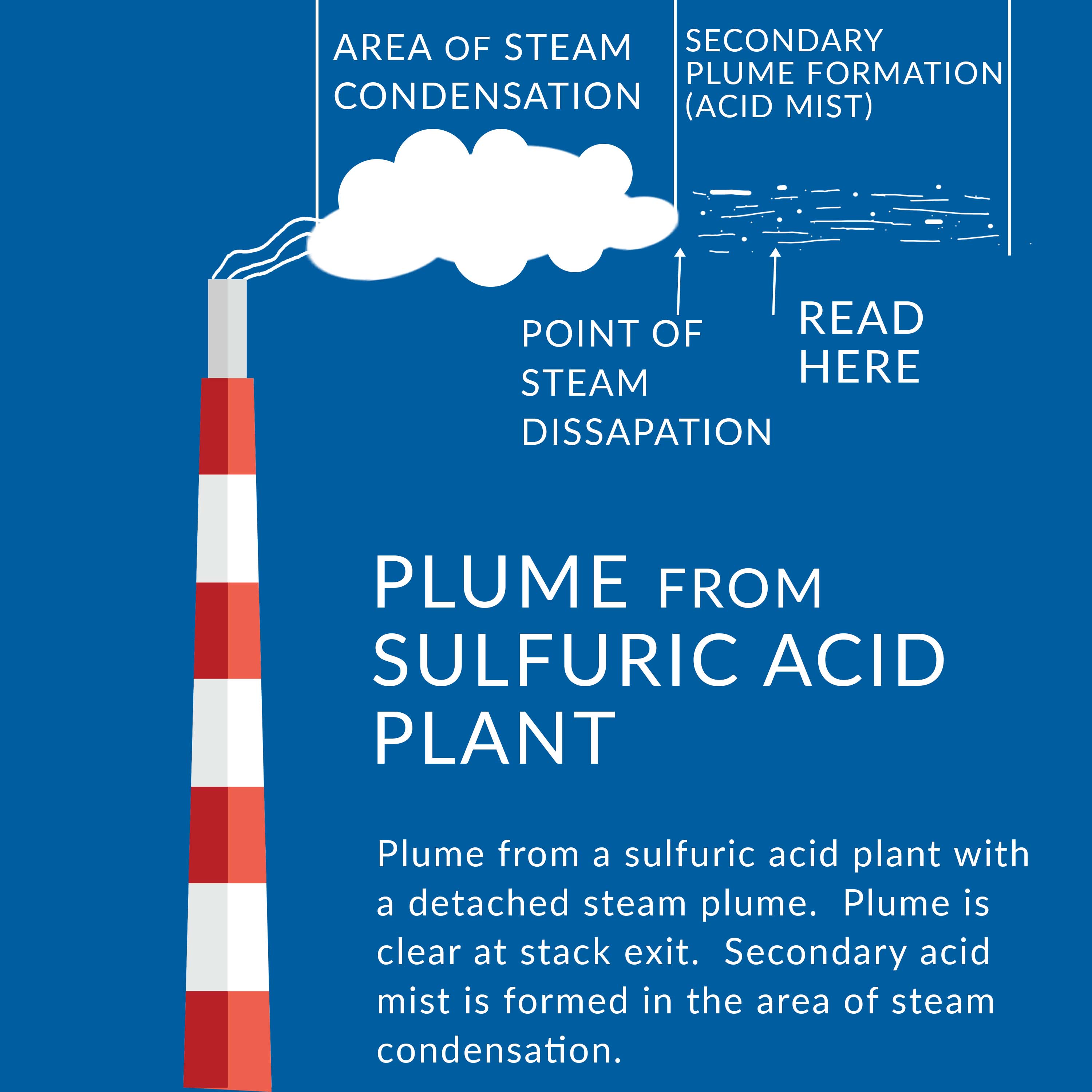 Determine the Point on the Plume

When Water Vapor or Steam Are Not Present

When a plume does not have water vapor or steam, finding the point to read is simple, read at the point of the densest smoke.

Water vapor plumes are not considered emissions and should be excluded from observation data when performing a reading. Vapor plumes usually appear very white and billowy, with mottling and shadowing, like a cloud, transitioning to thin and wispy at the point of dissipation.

Steam plumes contain liquid vapor which can affect how opacity is discerned. There are two type of steam plumes:

When steam condenses at a distinct distance from the emission outlet, it is a detached steam plume. The opacity of the emissions should be evaluated at the emission source prior to the condensation of the steam plume. Remember to select the densest part of the plume.