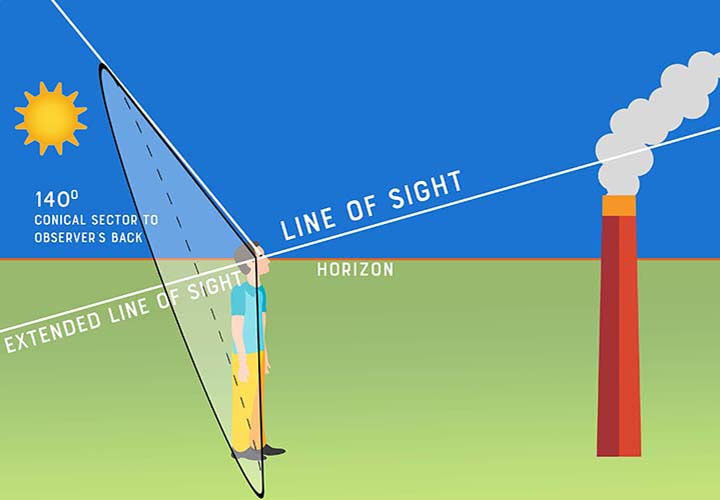 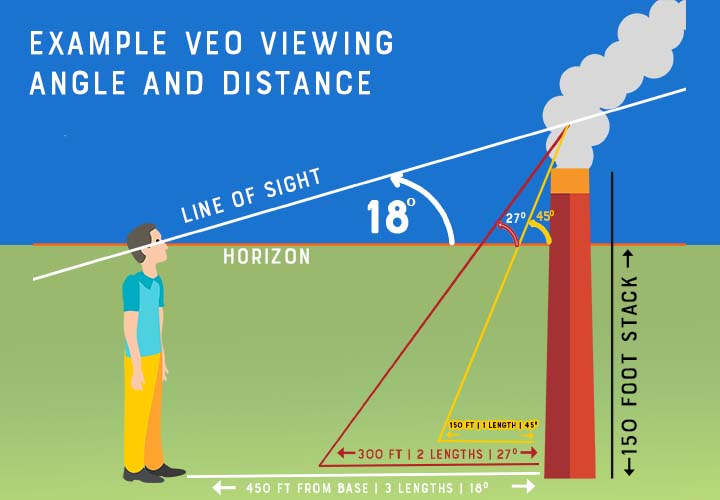 It is important to have the sun at your back when performing visible emission observations. Method 9 specifies that the sun must be oriented in a 140° sector to the observer's back. This includes both the vertical and horizontal sector, resulting in a 140° area shaped like a cone where the sun can reside.

If the sun is behind the plume (i.e., in front of you), the plume can become more luminous than the background and creates a high bias or positive error in your opacity reading. This is due to the effect from the forward scattering of light.

An everyday example of forward light scattering: If you are driving into the sunset, you can see every spec of dirt on the windshield. When you turn and the sun is no longer in front of you, the specs are no longer seen.

Sunlight will scatter forward enhancing/exaggerating a white emission so that it is overstated.

The opacity reader should observe the following when performing observations:

There are several things to consider when determining the observer position; details are covered in the Performing Observations section.